OUR STORIES: Help for Mom 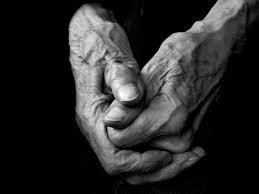 The first mistake I made was thinking my  disordered father outgrew his narcissism.
The second mistake I made was thinking my younger sister’s long history of benzodiazepine use did not affect her thought processsing.
And the worst mistake I would ever make is thinking both of them would be taking care of mom, since I lived the farthest away.
They did not. They took advantage of her dizziness and having trouble with words as a reason to attack her emotionally, financially, and even physically at times. Mom may have been having mini strokes but narcissist father just wanted to present her to others, neighbors, family members, ER staff, as a 78 year old woman who had dementia. Refused to allow the right tests – and just used mom as a source of entertainment and narcissist supply.
It has been hell for last 7 months while they hide her, and they found an elderly American doctor who has Iranian history of how women should be treated here in America. Mom has been and continues to be so abused people I speak with just don’t believe me. They refuse to believe it is this bad. The Medicare/Medicaid doctor and father and younger sister need to be stopped. No one is helping that happen.
Mom’s emotional and mental and physical health have gone down spiraling fast. This is quite an urban area. No laws are protecting mom. Thirteen years ago father was also identified as alleged sexual assault attacker. There is plenty to go around here – but no one bothering to confirm anything because they just want to believe the victim will be dead soon based on what the narcissist husband and the benzodiazepine abuser daughter say is factual. They are vile beings these 3 making believe they are caring for a sick person. There is a lot of money involved that I believe my father is promising my sister she will receive if she keeps me away from mother’s care (because I can still communicate with Mom when with her and because I know true facts). Sister really believes father will not let her down but his history always shows he cannot be trusted. He always lies, always manipulates in order to attain his own cruel agenda.